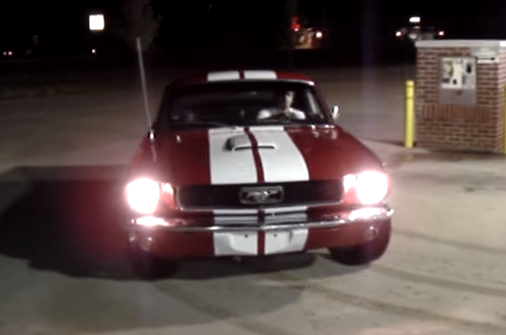 Over at www.ShelbyVenom.com we detailed some of the cloning of the very first Mustangs in 64-66. But that was only the beginning because as the Mustang got more popular more Ford and aftermarket parts and accessories became available. The next most cloned Mustang was the “GT Mustang” which was called the GT Equipment Group. Spotting fakes is easier here because the steering box came with a faster 22:1 steering ration and less turns to lock. Changing the standard steering box to this was a pain and not that visible so was not often done. Changing over to front disc brakes and the larger diameter front stabilizer bar also wasn’t done much for the same reason.

Another tip to find out a clone that not many know about is to look at the radiator. The factory installed radiators of this time had cut-holes in the front radiator support. Non-Factory GT’s didn’t come with this.

There are many ways to spot a clone. For instance the most cloned Mustang of all-time is the 65-66 Shelby G.T.350 fastbacks and the 1967 G.T.500 fastbacks. Shelby-American built their cars starting with Mustangs. And any owner could go to the parts catalog and build almost the exact same car. But what sets the Shelby apart is that every Shelby built has a VIN plate stamped with it’s own number and in the Shelby World Registry they are all documented. Every Shelby VIN number is cross referenced with it’s original Ford VIN number. They are place in various locations that can’t be accessed or changed. If the cross referenced numbers don’t match up you can almost bet a 100% that it’s a clone.

When you mention Shelby many people don’t think of a Mustang but the famous Shelby Cobra. To have one of these was always a dream of mine and many, many others. Today you almost can’t call a non authentic Shelby Cobra a clone. There are so many “Cobra Kit’s” and manufacturers of their own version of the original Cobra that they’ve almost become their own niche in the Cobra world. These Cobra’s have become known as “Replica’s” rather than clones. The best have been brought up to modern standards with excellent craftsmanship. So to pass off a replica as an original is virtually impossible and for the most part never done. In fact the “Shelby-American Automobile Club” has copies of the original invoices to every Cobra made. To check it’s authenticity you would simple check the Shelby VIN, known as the “CSX” number. “CSX” stands for “Carroll Shelby Experimental”.

Shelby-American produces Shelby Cobra’s to this day.  The difference is that while they still use the “CSX” number they can’t sell the Cobra’s as originals. And to make sure of this the Cobra’s are made without engines and transmissions. So the “new” Cobras are actually “composite” cars. And the buyer buys a rolling chassis from Shelby-American and a Shelby Cobra dealer or the buyer install’s the drive train.

The next most cloned Mustang is the 1969-1970 Mach 1. One quick way to spot a clone is to look at the seats. If the car doesn’t have the Deluxe Interior with High-Bucket Seats and a counter-weave seat upholstery it’s not original. In 1969 Ford issued every Mach 1 the body code “63C”. This was reverse stamped to a metal warranty plate pop-riveted to the back edge of the drivers side door. With the 1970 model year the metal plate was replaced with a plastic Vehicle Certification Label.

Ford also can supply the paperwork for all 1967 and later models. They have their “999” reports listing the original equipment and make-up of each car. So if more detailed production figures are needed you can pay Kevin Marti for a Marti Report. So anybody anywhere can read copies of the original paperwork and determine the exact make-up of 1967-up model Fords when they were new. 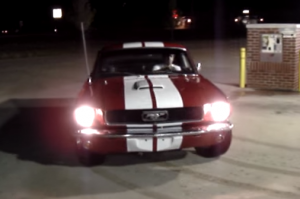 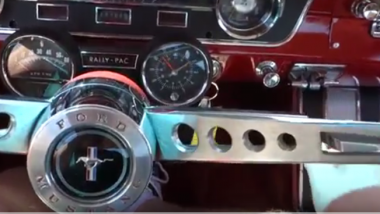 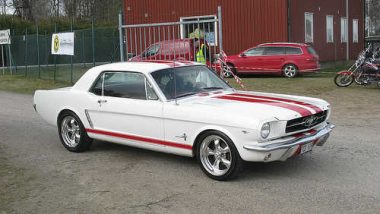 July 12, 2015 No Comments
By continuing to browse the site you are agreeing to our use of cookies